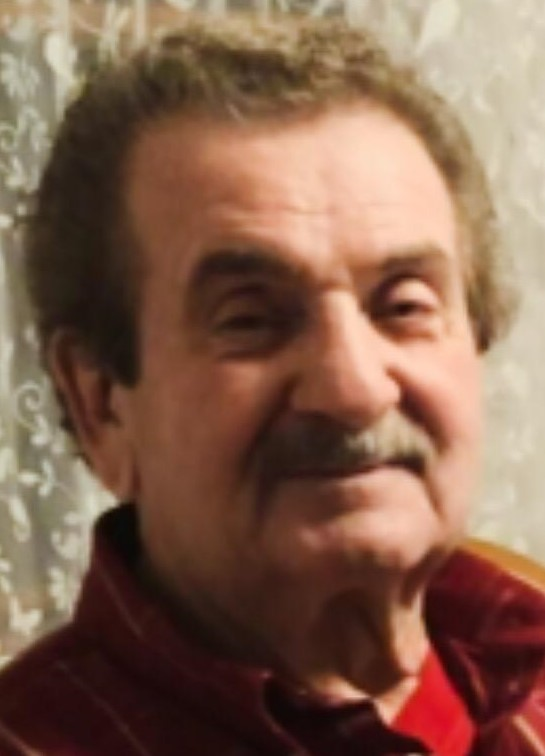 Please share a memory of Robert to include in a keepsake book for family and friends.
View Tribute Book
Robert “Bobby” George Fenton, 79, passed away Saturday (September 4, 2022) in Waterloo, NY at his home with his loving family by his side. Family and friends may call from 1:00 p.m. to 3:00 p.m. Thursday (September 8) at Coe-Genung Funeral Home, in Waterloo, NY; and from 12:00 p.m. to 2:00 p.m. Friday (September 9) at H. P. Smith and Son Funeral Home in Woodhull, NY. Graveside services and military rites will follow calling hours at Elk Creek Cemetery, Route 100, Borden, NY. Bearers will be Kevin Bentley, Darwin Brewer, Marshall Hargrave, Israel Carpenter, Nicholas Vitulli, and Christopher Fenton, all are Bob’s nephews. In lieu of flowers, donations in memory of Robert may be to the Sands-Constellation Heart Institute, c/o Rochester Regional Health Foundation, 330 Monroe Ave., Suite 400, Rochester, NY, 14607 or an organization of one’s choice. Bobby was born May 15, 1943, in Addison, NY, and was the son of Roland and Mary Magoon Fenton. He proudly served his country in the U. S. Army from 1964 to 1967. He was stationed at Ft. Huachuca, AZ, where he was part of a team that conducted research and development of Field Communication Systems. While stationed at Ft. Huachuca, he met and married Dorothy M. Burtt, they have been married for 56 years. Bob was a great family man and a loving husband and father. The couple had two sons. He cherished spending time with his family and friends. He loved spending time with his sons, Robert Jr. and Randy Garrett, hunting and fishing. The family spent 42 years camping across the country and within NYS. Bob attended Woodhull High School. He received his GED from the State of NY and Arizona. At the age of 50 he attended Finger Lakes Community College and on May 1998 received an AAA degree in Mechanical Design and Drafting, his youngest son, Randy, graduated with him the same year. He used his lifetime experiences and knowledge as well as his college education at work and on his many home projects. Two projects he completed after retiring were a full-size Civil War Cannon and a 12 foot wing span model airplane. With the encouragement of his siblings Bobby published a book titled, “The Fenton Farm” April 9, 2020; it was about stories and memories of his childhood on the farm. Bob was a member of the Elks Lodge 992 in Seneca Falls, NY and a member of the Model Airplane Club FLAPS, Finger Lakes Air Pirates, in Seneca Falls. He was also a supporter of the Curtiss Museum in Hammondsport, NY and the Commemorative Air Force Museum, in Texas. While he was a member of the Waterloo Jaycees he held offices of secretary, treasurer, vice president and president. Bob was also a Boy Scout Leader for many years and a member of the Seneca County Snowmobile Rescue Squad. Bob retired as a Facility Manager from the Women’s Rights National Historical Park with sites located in Seneca Falls and Waterloo. Prior to working for the National Park Service, he worked as a HVAC mechanic at the Seneca Army Depot. Prior to that he worked at Taylor Brown Memorial Hospital as a HVAC mechanic. He was a certified EMT and would assist in the ER as needed. Bobby is survived by his wife Dorothy Marie Fenton of Waterloo, NY; sons Robert, Jr. (Keeley) Fenton of Sherburne, NY and Randon Garrett (Kathy) Fenton of Canandaigua, NY; grandchildren Randi Gaige and Richard Fenton both of Canandgua, NY and Sybil Fenton of Sherburne, NY; sisters Nina (Bob) Delude of Addison, NY, Freda Fenton of Addison, NY, Mary Fenton of Woodhull, NY, Anne (Bob) Hargrave of Addison, NY, Georgia (Phil) Schoonover of Addison, NY, Nel (Mike) Grassi, of Arlington, TX, and Penny (Bruce) Vitulli of Addison, NY; brothers Danny Fenton of Addison, NY and Bus (Laura) Fenton of Addison, NY; and many nieces and nephews. Bobby was predeceased by his father, Roland J. Fenton and mother Mary C. Fenton; and his brother Roland “Butchie” Fenton, Jr. who died in 1951 at the age of 11. Remembrances and condolences may be sent to www.coegenungfuneralhome.com.
To send flowers to the family or plant a tree in memory of Robert Fenton, please visit Tribute Store
Thursday
8
September