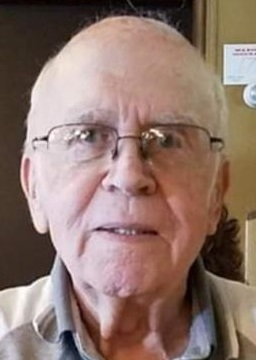 Please share a memory of James to include in a keepsake book for family and friends.
View Tribute Book
WATERLOO – James L. Cooley, 89, of Waterloo, NY, passed away surrounded by loved ones, Tuesday (July 19, 2022) in Geneva General Hospital. Family and friends may call from 9:00 a.m. to 11:00 a.m. Wednesday (August 3) at Coe-Genung Funeral Home in Waterloo, NY. The memorial service will immediately follow at the funeral home. Pastor Jerry Graziano, of Finger Lakes Christian Fellowship, will officiate. Burial will be in the Bellona Cemetery, Bellona, NY. In lieu of flowers, memorial contributions may be made to Beverly's Animal Shelter, 50 E. River St., Waterloo, NY, 13165. James was born April 15, 1933, in Seneca Falls, NY, the son of the late George and Minetta Hosford Cooley. He was a 1951 graduate of Mynderse Academy in Seneca Falls. He retired from Philips GTE, formerly Sylvania, and Goulds Pumps in Seneca Falls. Jim was a member of the Seneca Falls Elks Lodge 999. He was also a member of the GTE Sylvania Quarter Century Club. He was a member of the First Presbyterian Church of Waterloo. He is survived by his son George (Mandy) Cooley of Waterloo; stepdaughters Kathleen Izaguirre of Florida and Patricia Lyons of Newark, NY; grandchildren Amanda Cooley, James Cooley and Rosa Oliver all of Seneca Falls, NY; several step-grandchildren and step-greatgrandchildren; his sister Gertrude Jones of Seneca Falls, NY; special niece Marlene Hubbs of Waterloo, NY and special nephew Harvey Cooley of Buffalo, NY, and several nieces and nephews. Jim was predeceased by his wife Wilver (Peg) Cooley; stepsons Thomas and Roger Gurba; stepdaughter Elaine Gurba; brothers Harold, Donald, and Lloyd Cooley; and sister Mabel Andrews. Condolences and remembrances may be sent to www.coegenungfuneralhome.com.
To send flowers to the family or plant a tree in memory of James Cooley, please visit Tribute Store
Wednesday
3
August