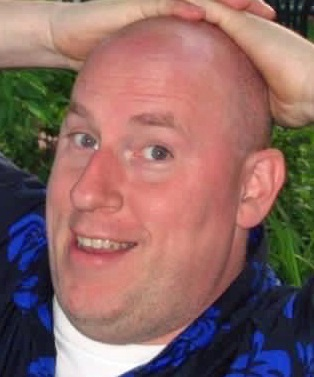 Please share a memory of Peter to include in a keepsake book for family and friends.
View Tribute Book
Peter McClave Brown, 52, of Seneca Falls, passed away Thursday (July 14, 2022) at the Cleveland Clinic in Cleveland, Ohio after a long illness. Please join us for an outdoor celebration of life and short service at the Elk's Club in Seneca Falls on Friday, July 22 at 5:30pm. Rev. Colin Pritchert, pastor of Geneva Presbyterian Church, will officiate. In lieu of flowers, please consider making a donation to the Cleveland Clinic, 9500 Euclid Ave., Cleveland, OH, 44195 and for online donations give.ccf.org, to support multi-visceral organ transplant research. Kim and Peter were overwhelming blessed by those that donated for Peter's transplant surgeries. Kim would like others to have the same opportunity for transplant surgery that Peter was given by the generous financial support they received from many many dear family and friends. Born in Canandaigua, NY, he was the son of Duncan and Nancy Brown. He grew up in Walworth and graduated from Wayne Central Schools in Ontario Center, NY. He moved to the Waterloo/Seneca Falls area in 2001 after meeting and then marrying his wife of nearly 20 years, Kimberly (Nies) Brown. Peter attended Purdue University and completed his bachelor's degree in history and political, and later completed his master's degree in public administration from SUNY Brockport. For years, Peter worked at Seneca County as the Deputy Director of Planning and Community Development, and then most recently, he was the Grants Coordinator of Ontario County. Peter was a valued member of the Finger Lakes community, member of the board of directors of FLACRA for several years, Seneca Community Players, Finger Lakes Inch-high Players (FLIPs), and a member of Transform Martial Arts in Waterloo, where he achieved his blue belt in Karate. Through his work, he touched the lives of so many local organizations and people in the Finger Lakes community. Peter was named, "Employee of the Year" in Seneca County. He was a member of the Geneva Presbyterian Church. Peter and Kim have been inseparable since they met in 2001 at a Seneca Community Players production. Together, they built the FLIPs children's theatre program, and he has helped Kim with numerous theatrical productions at Waterloo High School. Although they never had children of their own, they "adopted" many young adults and teenagers who needed guidance or support over the years. Peter was very active in role-playing games, creating, playing, and leading games locally and online. He loved animals, owning numerous cats and dogs over the years and enjoyed watching and identifying the birds in their yard. Peter and Kim loved going camping and traveling. Peter will be greatly missed by all who knew him. He is survived by his wife Kimberly Nies Brown; parents Duncan and Nancy Brown of Walworth, NY; sister Ellie (Kevin) Kearney of Canisteo, NY; aunts Laurie (Christopher) Brown of Leverett, MA and Deborah (Roy) Brown-Moon of Norwich, NY; cousins Ian Brown of Leverett, MA, and Cailey (Peter) Condit of Seattle, WA; nephew Dylan (Lilly) Green and niece Kaitlyn Kearney, and grandnephew Ryker Green, all of Canisteo. Peter was predeceased by his grandparents Burt and June Brown of Baldwinsville, NY and Bruce and Helen Brown of Hamilton, NY; and uncle Daniel Brown. Condolences and remembrances may be sent to www.coegenungfuneralhome.com.
To plant a beautiful memorial tree in memory of Peter Brown, please visit our Tree Store

A Memorial Tree was planted for Peter
We are deeply sorry for your loss ~ the staff at Coe-Genung Funeral Home
Join in honoring their life - plant a memorial tree
Services for Peter Brown
There are no events scheduled. You can still show your support by planting a tree in memory of Peter Brown.
Plant a tree in memory of Peter
Print
Online Memory & Photo Sharing Event
Online Event
About this Event

Look inside to read what others have shared
Family and friends are coming together online to create a special keepsake. Every memory left on the online obituary will be automatically included in this book.
View Tribute Book
Share A Memory
Plant a Tree