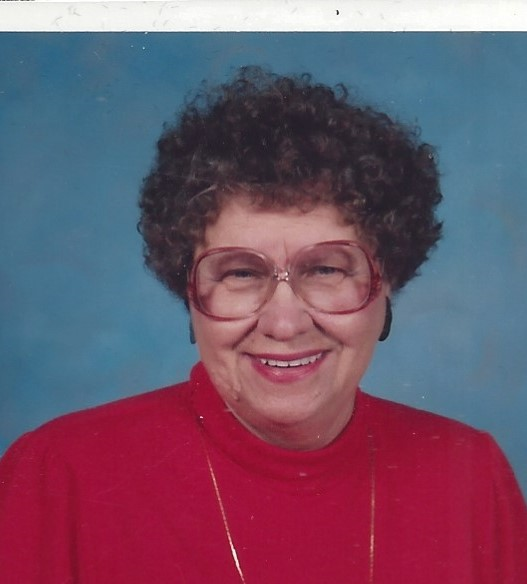 Please share a memory of Joan to include in a keepsake book for family and friends.
View Tribute Book
WATERLOO – Joan M. Anderson, 91, of Waterloo, NY, passed away peacefully at her home with her daughters by her side, Tuesday (January 25, 2022). Family and friends may call from 9 a.m. to 10 a.m. Saturday (January 29) at Coe-Genung Funeral Home. The funeral service will be 11 a.m. at St. Mary's Catholic Church, Waterloo, NY. Rev. James Fennessy and Rev. Roy Kiggins, will officiate. Burial will be in St. Mary's Catholic Cemetery, Waterloo, NY. In lieu of flowers, memorial contributions may be made to St. Mary's Catholic Church, 25 Center St., Waterloo, NY, 13165 or Beverly's Animal Shelter, 50 E. River St., Waterloo, NY, 13165. Joan was born February 20, 1930, in Long Island City, NY, the daughter of Frederick and Sophie V. Prusaczak Thompson. She was a 1947 graduate of Oswego High School. After graduating she worked in Oswego for several years, then moved to this area to work at Sampson Air Force Base. While at Sampson she met her husband, Neil. After his service term, Neil and Joan moved to Nebraska for one year. They then returned to this area, bought land and raised their family. Joan ended up becoming a great horse wrangler, cattle herder and farmer, alongside her husband and children. She could always be counted on to lend her very often needed extra set of hands. Eventually Joan was employed with the Seneca Army Depot, retiring in 1992. She was a longtime communicant of St. Mary's Catholic Church. Joan was an active member of St. Mary's Church serving as a Eucharistic Minister and taught Religious Education. She was also a member of the Red Hat Society. Joan loved to cook and used her talents to feed their six children. She made the best biscuits and could make gravy out of anything. She loved to garden and took great pride in the flowers. Joan was a voracious reader and books were her passion. After losing her eyesight she transitioned to audio books and pushed forward. Joan was a worldwide traveler along with her family and friends. She was able to visit places many only dream about. She is survived by her sons Neil F. (Mary Ann) Anderson, Jr. of Boelus, NE and Andrew (Rita) Anderson of Pickens, SC; daughters Kathleen Anderson of Rochester, NY, Deborah Anderson of Waterloo, NY, Mary Joan (Frank) Maleski of Geneva, NY and Allison Osytek of Waterloo, NY; grandchildren Aaron (Robin) Fischer, Luke Fischer, Molly (Paul Noyes) Fischer, Nola (Alah) Musleh, Neil (Lisa Prellwitz) F. Anderson, III, Jered (Crystal) Anderson, Adam (Tonya) Anderson, Emily (Brian) Kehler, Adrianna Anderson, Brittany (Arvin) Jessee, Daniel (Maggie) Ballew, Sophie (Jeremy) Chavez, and Grace Osytek; great-grandchildren Ali, Zayn, and Lily Musleh, Imogen Prellwitz-Aude, Brooks, Drake, and Corrynn Anderson, Addison, Brendan, Kynlee, and Easton Anderson, Liv Ann, Rae Joan, and Cashmire Anderson, Ellie Ann, and Rylie Renee Kehler, Anna Jessee, Emmett, and Everett Ballew, and Evelyn Chavez; brother-in-law William Harris of Binghamton, NY; and many nieces and nephews. Joan was predeceased by her husband Neil F. Anderson, Sr.; brother Fred "Ted" Thompson; and sister Gloria Harris. Special thanks and gratitude to her support animals Moses, Oscar and Cruz. Condolences and remembrances may be sent to www.coegenungfuneralhome.com.
To send flowers to the family or plant a tree in memory of Joan Anderson, please visit Tribute Store
Print
Saturday
29
January