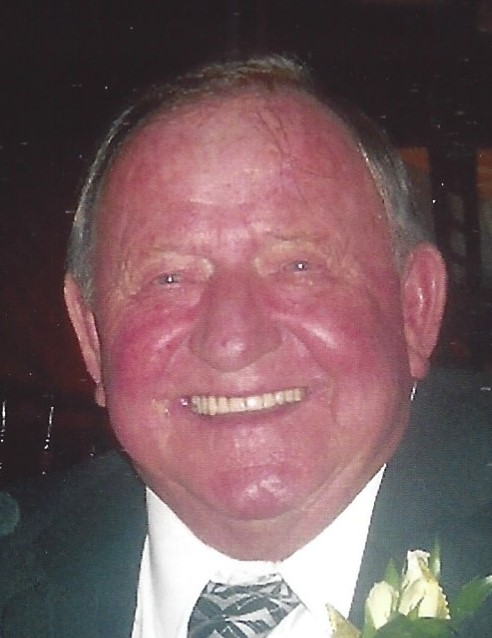 Please share a memory of Fred to include in a keepsake book for family and friends.
View Tribute Book
WATERLOO – Fred E. VanNostrand, 87, of Waterloo, NY, passed away Saturday (June 12, 2021) at Geneva General Hospital. Family and friends may call 4 p.m. to 7 p.m. Wednesday (June 16) at Coe-Genung Funeral Home. The funeral service will be 10 a.m. Thursday (June 17) at St. Mary's Catholic Church, 25 Center St., Waterloo. Rev. James Fennessy, pastor, will officiate. Burial will be in Maple Grove Cemetery, Waterloo. In lieu of flowers, memorial contributions may be made to St. Mary's Catholic Church, 25 Center St., Waterloo, NY, 13165. Fred was born October 23, 1933, in Waterloo, NY, the son of Clayton E. and Bertha I. Godfrey VanNostrand. He was a 1952 graduate of Waterloo High School. He proudly served his country in the U.S. Army from 1955 to 1957. Fred was a self-employed dairy and cash crop farmer for many years. He was Seneca County Election Commissioner from 1975 to 1982. Fred was the Seneca County Clerk from 1983, until his retirement in 1996. He served as past president of for the Fayette and Waterloo Republican Town Committees. Fred also served as past president of the Waterloo Lions Club and Waterloo Sportman's Club. He was a longtime member of Warner VanRiper Post 435, American Legion. He is survived by his very loving wife of 58 years, Louise Capozzi VanNostrand; sons Stephen (Ann Marie) VanNostrand of Vestal, NY and John VanNostrand of Waterloo, NY; daughter Marie (Gena Keebler) VanNostrand of St. Petersburg, FL; granddaughters Nicole VanNostrand and Taylor VanNostrand; and many nieces and nephews. Fred was predeceased by his parents, one brother and two sisters. Condolences and remembrances for the family may be sent www.coegenungfuneralhome.com.
To send flowers to the family or plant a tree in memory of Fred VanNostrand, please visit Tribute Store
Wednesday
16
June