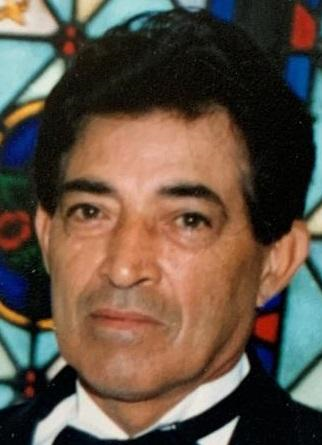 Please share a memory of Miguel to include in a keepsake book for family and friends.
View Tribute Book
WATERLOO – Miguel (Mike) Angel Ruiz, 83, of Waterloo, NY, passed away at his home with his loving family by his side Saturday (January 2, 2021). In keeping with the wishes of the family a graveside service will be announced at a later date. In lieu of flowers, memorial contributions may be made to Make a Wish Foundation of Western York, 3025 Monroe Ave., #200, Rochester, NY 14618 and Fetch A Friend Rescue, 92 Garden St., Seneca Falls, NY 13148. Miguel was born May 8, 1937, in Rincon, Puerto Rico, the son of Baldomero Ruiz-Feneque and Maria Soto-Candelaria. Miguel moved to the Finger Lakes area at the age of 18. He immediately began working as a dishwasher and soon after became a cook. This enabled Miguel to secure & begin his employment for the State where he started his 32-year career at the Newark Developmental Center. After his retirement he worked at Wegmans part-time then went on to work at Seneca Foods for 16 years where he retired a second time. Miguel was a professional painter and was always working side jobs painting houses as well. Although Miguel worked very hard to provide for his family, he always found the time to be involved and contribute to his communities and to help others. Miguel was the first hispanic volunteer firefighter for the Newark Volunteer Fire Department. The department competed under the Jakes Little Angels at Fire Carnival Competitions. He was also a member of the Newark Elks Club, worked as an interpreter for the Newark Police Dept. and on weekends hosted pig roasts for special events. In addition, Miguel was an avid outdoorsman who enjoyed hunting and fishing. He also loved to bowl and played softball for the Techado Club where they dominated the league. He is survived by his children Tanny (Michael) McGuire of Blacksburg, SC, Pam (Chuck) McCutchan of Moorseville, NC, Michael (Carolyn) Ruiz, II, Michael (Jennifer) Ruiz, III, Vidalina (Matt Wantuck) Ruiz, and Michael (Brittany) Ruiz, IV all of Waterloo, NY; many grandchildren, great-grandchildren, two brothers, four sisters and many nieces and nephews. Miguel was predeceased by his wife Roxanne Ruiz; daughter Tannya Ruiz, and son Michael Ruiz, V, one brother and two sisters. Condolences and remembrances may be sent to www.coegenungfuneralhome.com.
To plant a beautiful memorial tree in memory of Miguel Ruiz, please visit our Tree Store

Look inside to read what others have shared
Family and friends are coming together online to create a special keepsake. Every memory left on the online obituary will be automatically included in this book.
View Tribute Book
Services for Miguel Ruiz
There are no events scheduled. You can still show your support by planting a tree in memory of Miguel Ruiz.
Plant a tree in memory of Miguel