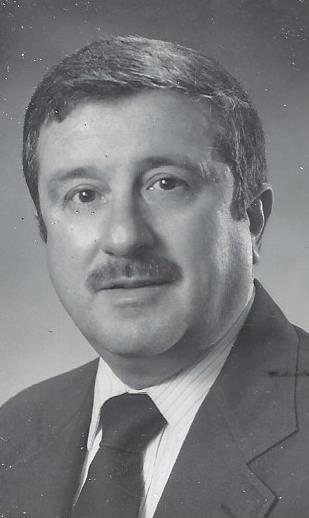 Please share a memory of Anthony to include in a keepsake book for family and friends.
View Tribute Book
WATERLOO - Anthony Joseph "Tony" Cristaldi, Jr., 85, of Waterloo, N.Y., passed away peacefully on October 23, 2020, after a brief illness. Friends may call from 5:00 p.m. to 7:00 p.m. on Wednesday (October 28) at the Coe-Genung Funeral Home, 46 West Main Street, Waterloo. A celebration of his life is planned for next summer. In lieu of flowers, donations may be made in his honor to the Golisano Autism Center, 50 Science Parkway, Rochester, NY, 14620. He was born August 7, 1935 in Brooklyn, N.Y., the son of the late Anthony E. and Josephine (D'Agostino) Cristaldi. After moving to Cambridge, N.Y. in 1942, he attended Cambridge Central School, graduating in the class of 1953. He was a proud member of the league champion 1952 and 1953 Cambridge High School baseball teams, pitching in all of the team's games, and compiling a record of 27-1. Upon graduating, he worked for L. Warren Gillis in the plumbing and heating business in Cambridge. He started working for the John Hancock Insurance Company in Glens Falls in 1959. Upon being transferred to the Auburn, N.Y. district, he moved with his family to Seneca Falls in 1969, and managed the Geneva district for 14 years. He later became Supervisor of Casualty Sales for upstate New York, and then District Manager of the Auburn office. In 1987, he opened up Cristaldi Financial Services in Geneva, later retired in 1997. He was a past member and President of the Lions Club in Cambridge, N.Y., a member and past President on the SMS Lodge in Seneca Falls, N.Y., and a longtime member of the Sons of Italy in Geneva, N.Y. He was also a past member and Commissioner of the Border City Fire Department, and a past committee member and chairman for the Republican Party of Waterloo, N.Y. During his retirement, he enjoyed working in his garden and wood shop, and was an amazing cook. He became an expert in making beautiful scroll saw carvings for his family and friends, and hosted numerous celebrations during the holidays and special occasions, preparing and cooking for his family and friends. Tony is survived by his wife of 44 years, Hazel (VanCleef) Cristaldi; five children Camille (Gary Pierce) Cristaldi of Long Lake, N.Y., Kevin Cristaldi of Fulton, N.Y., Anita Cristaldi of Border City, N.Y., Anthony (Kimberly Sladvonik) Cristaldi III of West Melbourne, Fla., and Tina Tanner Lamphere of Waterloo, N.Y.; his brothers Vincent (Betty) Cristaldi of Shushan, N.Y. and Richard (Carol) Cristaldi of Clinton, N.Y.; two granddaughters Vanessa and Isabella Cristaldi; one great-granddaughter Harper Chase Rogers; along with several cousins, nieces and nephews. Besides his parents, he was predeceased by his son, Nicholas in 1965; and his brother, Frank in 2008.
To send flowers to the family or plant a tree in memory of Anthony Cristaldi, please visit Tribute Store
Wednesday
28
October

Share Your Memory of
Anthony
Upload Your Memory View All Memories
Be the first to upload a memory!
Share A Memory
Send Flowers
Plant a Tree