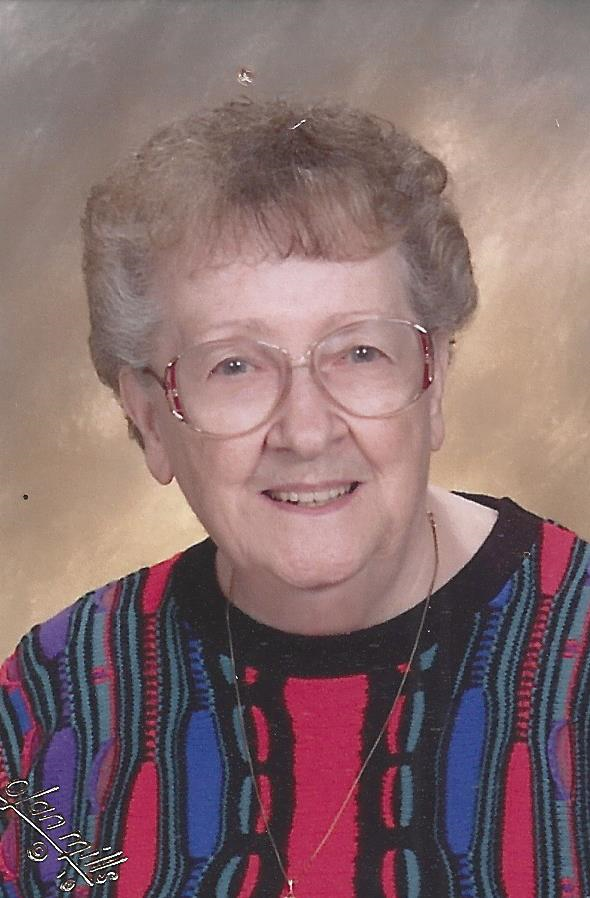 Please share a memory of Minnie to include in a keepsake book for family and friends.
View Tribute Book
WATERLOO – Minnie E. Hergert, 94, of Waterloo, New York, passed away Tuesday (July 7, 2020) at Huntington Living Center in Waterloo, New York. In keeping wishes of the family there will be no calling hours. The graveside service will be 11 a.m. Friday (July 10) at Maple Grove Cemetery, Waterloo, NY. Rev. William Dorow, pastor of Calvary Lutheran Church, will officiate. In lieu of flowers, memorial contributions may be made to the American Red Cross, Finger Lakes Chapter, 11371 LPGA Dr., Corning, NY, 14830. Minnie was born Jan. 30, 1926, in Piney, Clarion County, Pennsylvania, the daughter of Mead and Laura Connor Redick. Minnie after moving a few times eventually made Waterloo her home. Minnie worked for Goulds Pumps for 37 years in the Engineering Department the majority of that time. She made many, many friends during her lifetime. She really enjoyed the times she volunteered for the American Red Cross for their blood drives in the Waterloo area. She loved to knit and crochet spending many hours making items for her friends and family. She is survived by her daughter and son-in-law Sylvia Jean (James) Snell Richar; sister-in-law Esther Hergert; nephew-in-law William (Mary Jane) Holmes; several step nieces-in-law and step-nephews-in-law; step-granddaughters Terri (Mike) Knebel and Kim (Byron) Moore; as well as four step-greatgrandchildren. Minnie was predeceased by her three loving husbands Ted Snell, Nelson Louden and Reinhold Hergert. She was also predeceased by her only grandson, Michael Guy French in 201»(Do not delete this line. It does not print. Text that is to appear on web must be entered before this line)2; her parents; brothers Clark, Alvie and Harry Redick; sisters Lorena Zellefrow, Goldie Zellefrow, Annie Redick, Myrtie Hiwiller and Nathalene Womeldorf; and many many nieces and nephews.
To send flowers to the family or plant a tree in memory of Minnie Hergert, please visit Tribute Store
Friday
10
July

Share Your Memory of
Minnie
Upload Your Memory View All Memories
Be the first to upload a memory!
Share A Memory
Send Flowers
Plant a Tree