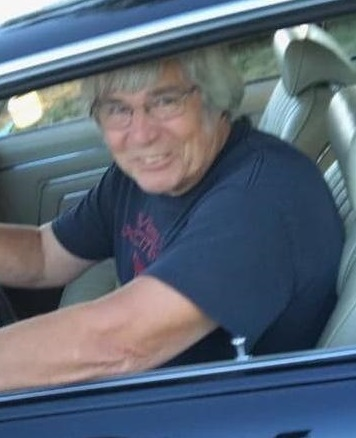 Please share a memory of Jesse to include in a keepsake book for family and friends.
View Tribute Book
Waterloo – Jesse G. Johnson, 72, passed away Tuesday (March 24, 2020) at Clifton Springs Hospital with his loving family by his side. Calling hours and funeral service will be announced at a later date. In lieu of flowers, memorial contributions may be made to the American Cancer Society, 1120 S. Goodman St., Rochester, NY, 14620. Jesse was born March 29, 1947, in Seneca Falls, NY, the son of James G. and Marjorie L. Bell Johnson. He was a graduate of Waterloo Central School District. He served in the U.S. Army from 1966 to 1969 during the Vietnam War. Jesse was employed 41 years with Goulds Pumps, retiring August 2010. He was a member of United Steel Workers Union. Jesse had a passion for classic cars and was proud to own and enjoyed driving his 1970 GTO. He is survived by his wife of 44 years Cindy L. Johnson; daughters Cheri (George Harrold) Johnson of Waterloo, NY and Jessica McCarthy of Ovid, NY; grandchildren Hannah Harrold, Wesley Harrold, and Lily Harrold; great-grandson Wesley James Harrold; brother John Johnson of Wilkes Barre, PA; sister Irene (Keith) Rooker of Seneca Falls, NY; many aunts, uncles, cousins, nieces and nephews. Jesse was predeceased by his parents and brother David Johnson. Condolences for the family may be sent to www.coegenungfuneralhome.com.
To send flowers to the family or plant a tree in memory of Jesse Johnson, please visit Tribute Store

Share Your Memory of
Jesse
Upload Your Memory View All Memories
Be the first to upload a memory!
Share A Memory
Send Flowers
Plant a Tree