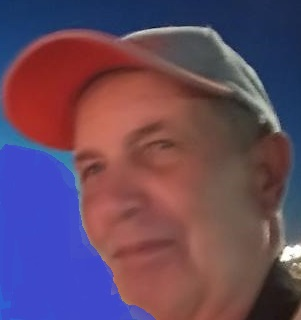 Fayette/ Waterloo - The graveside service for Charles E. Nelson will be 11 AM Saturday, June 1st 2019 at Lakeview Cemetery, Interlaken NY.

Friends are remembering Charles E. Nelson as a humble man with a bemused smile who waited in the background to lend a helping hand to his late wife, Sharon, and daughter, Katie, at Girl Scout and 4-H events, Empire Farm Days and the Seneca County and New York State fairs.

Nelson, 76, died Saturday, March 9, 2019, at Strong Memorial Hospital, with his loving daughter by his side.

He earned a Regents diploma from Waterloo Central School in 1960, where he received the Bausch & Lomb Science Award. During high school, he participated in Science Club, Rifle Club, stage crew, and year book staff.

He also took a drafting class where he designed and created the blueprints of the home, which he would later build in Fayette with assistance from family and friends.

While in college he met Sharon Norman, both actively involved behind the scenes of drama club. The couple would marry in October 1964.

Charles was a U.S. Army veteran, having served in Communications Security while stationed in Phu Lam, Vietnam from 1966 to 1969.

For many years he was employed with Sylvania in Seneca Falls, later known as Phillips ECG, from which he retired in 1986. Following his retirement, he became the supervisor for the Junius Waste Water Treatment Plant.

After the death of his wife, Sharon, in 2015, he served as an Elections Inspector for the Town of Fayette.

Nelson was a member of Seneca County 4-H Horse Program with his horse, Chubby for several years, and also participated in the 4-H rabbits and pheasants raising programs. He enjoyed attending the New York State Fair to watch horse pulling events, riding and driving competitions, and music and performing acts.

Nelson was an avid reader and enjoyed doing word puzzles. He was a railroad enthusiast, enjoyed watching baseball on TV, and was fascinated by history especially local, and of the Finger Lakes and New York. He also enjoyed supporting the Finger Lakes Wine Industry.

Most of all Nelson enjoyed taking day trips with his family and friends. He looked forward to spending time at the family cottage on Shady Beach in Fayette, where he enjoyed boating and fishing.

An avid animal lover, he was happiest spending time with his cats, Luna and Midnight and dog, Sam.

Condolences for the family may be sent to www.coegenungfuneralhome.com

To send flowers to the family or plant a tree in memory of Charles Nelson, please visit Tribute Store
Saturday
1
June

Share Your Memory of
Charles
Upload Your Memory View All Memories
Be the first to upload a memory!
Share A Memory
Send Flowers
Plant a Tree